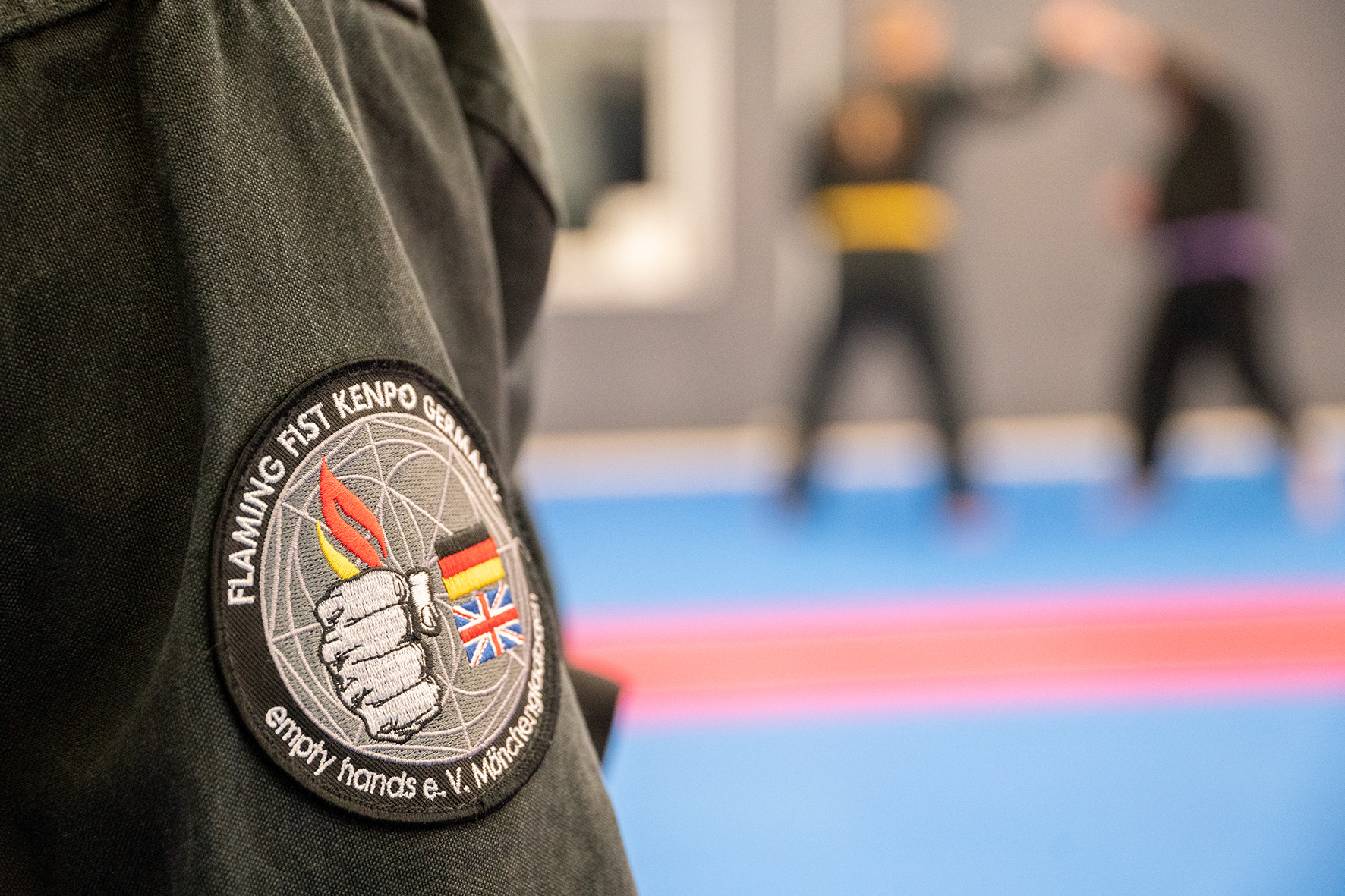 Here is the English version to read:

The sporting interplay of martial arts, self-assertion and the promotion of mental and physical health has a permanent address in Mönchengladbach: People of all ages can discover the self-defence Kenpo Karate at the young association empty hands e.V.. In addition, it is now starting two effective prevention courses under the „Sport Pro Gesundheit“ seal, which are certified by health insurance companies. „Aktiv und gesund den Tag gestalten“ is a programme to promote general endurance for heart and circulation, „Kraftvoll und gesund den Tag gestalten“ is dedicated to general strengthening in terms of posture and movement. The two programmes with the seal of approval created by the German Olympic Sports Confederation and the German Medical Association build a strong bridge to the martial arts practised at empty hands e.V..

Kenpo Karate in Mönchengladbach: a masterful exercise for the whole body.

Kenpo Karate is not only an effective form of self-defence and self-assertion, it also does a lot to keep you in shape and strengthen your appearance. Understood in the traditional sense as a martial art and not as a combat sport, Kenpo allows the targeted training of natural movement sequences. Therefore, the age of the trainees does not matter. Gently and step by step, one learns techniques and movements from the Kenpo experts of empty Hands e.V., all of which are gentle on the body and good for health.

Kenpo training often has unexpected effects: Regardless of physical constitution and age, the martial art promotes overall motor skills, as all senses, the brain and the limbs have to act in unison. Those who train consistently strengthen their body as well as their spirit and ability to concentrate, and thus their physical and mental fitness. Newly gained flexibility, endurance and strength not only improve one’s own body control. You stay flexible and literally in balance, which reduces the risk of falling in old age, for example.

The young association empty hands e.V. offers courses in Kenpo Karate for effective self-defence as well as assertiveness courses for women and men. Trial training is also possible. This applies to both younger and older people: Those who do something for their health with Kenpo not only strengthen their well-being, but also gain self-confidence and willpower. For those who can rely on their senses, mind and body will find their personal self-confidence. Martial arts such as Kenpo Karate lay a solid foundation for this with their training in self-defence and self-assertion. The goal is always: to carry and radiate a self-confidence with which one knows how to face a threatening danger – and this even with empty hands, because nothing else is called empty hands. Thus, with its Kenpo Karate programme, the club of the same name also makes a contribution to the active prevention of violence. The motto is to get out of the victim role with increased self-confidence.

Always a breath of fresh air for the Kenpo martial artists of empty hands e.V.

empty hands e.V. was founded in 2018 and even as a small sports club, the Kenpoists in Mönchengladbach got a lot going in 2021, a difficult year for club sports. In addition to the development of their own free club app and additional online training, the first assertiveness course recently took place at the Niederrhein University of Applied Sciences. Since August of this year, the association is no longer „only“ a member of IKKA Europe (International Kenpo Karate Association Europe) and the Deutscher Karate Verband e.V. (German Karate Association), but is also represented in the Bundesverband Gewaltprävention (Federal Association for the Prevention of Violence). The organisation of the 4th International Friendship Kenpo Camp 2022 is being planned for next year.